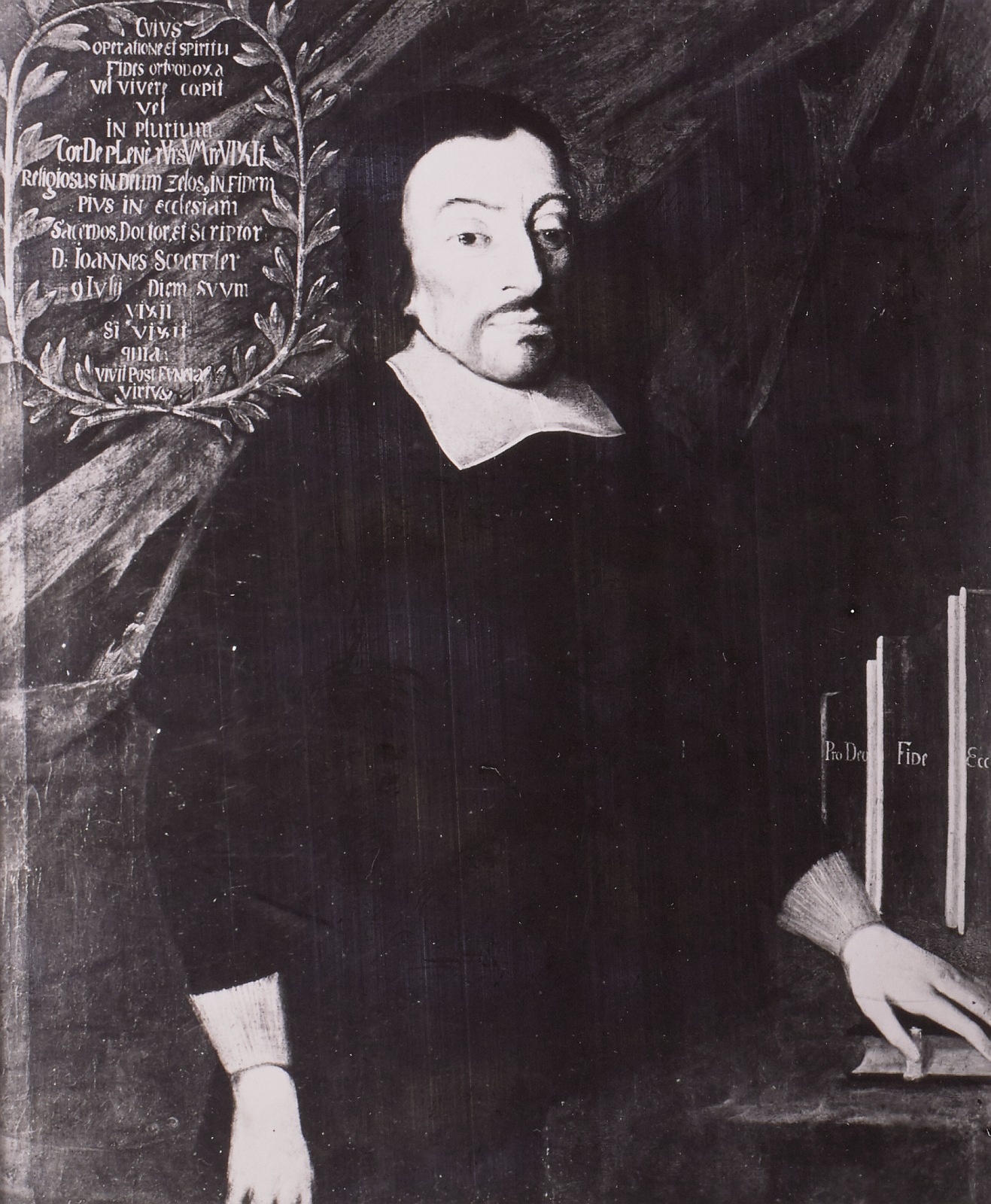 Angelus Silesius (9 July 1677), born Johann Scheffler and also known as Johann Angelus Silesius, was a German Catholic priest and physician, known as a mystic and religious poet. Born and raised a Lutheran, he adopted the name ''Angelus'' (Latin for "angel" or "heavenly messenger") and the epithet ''Silesius'' ("Silesian") on converting to Catholicism in 1653. While studying in the Netherlands, he began to read the works of medieval mystics and became acquainted with the works of the German mystic Jacob Böhme through Böhme's friend, Abraham von Franckenberg. Silesius's mystical beliefs caused tension between him and Lutheran authorities and led to his eventual conversion to Catholicism. He took holy orders under the Franciscans and was ordained a priest in 1661. Ten years later, in 1671, he retired to a Jesuit house where he remained for the rest of his life.

An enthusiastic convert and priest, Silesius worked to convince German Protestants in Silesia to return to the Roman Catholic Church. He composed 55 tracts and pamphlets condemning Protestantism, several of which were published in two folio volumes entitled ''Ecclesiologia'' (i.e., Ecclesiology). He is now remembered chiefly for his religious poetry, and in particular for two poetical works both published in 1657: ''Heilige Seelenlust'' (literally, "The Soul's Holy Desires"), a collection of more than 200 religious hymn texts that have been used by Catholics and Protestants; and ''Cherubinischer Wandersmann'' ("The Cherubinic Pilgrim"), a collection of 1,676 short poems, mostly Alexandrine couplets. His poetry explores themes of mysticism, quietism, and pantheism within an orthodox Catholic context.
Provided by Wikipedia
Showing 1 - 2 of 2 for search: 'Angelus Silesius, 1624-1677', query time: 0.17s
View: