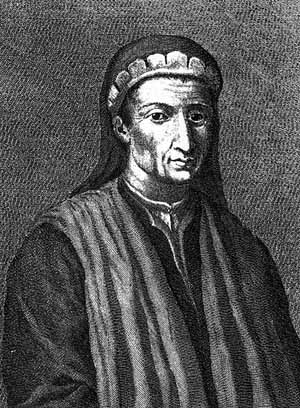 Leonardo Bruni (or Leonardo Aretino; c. 1370 – March 9, 1444) was an Italian humanist, historian and statesman, often recognized as the most important humanist historian of the early Renaissance. He has been called the first modern historian. He was the earliest person to write using the three-period view of history: Antiquity, Middle Ages, and Modern. The dates Bruni used to define the periods are not exactly what modern historians use today, but he laid the conceptual groundwork for a tripartite division of history.
Provided by Wikipedia
Showing 1 - 16 of 21 for search: 'Bruni, Leonardo, 1369-1444', query time: 0.46s
View: