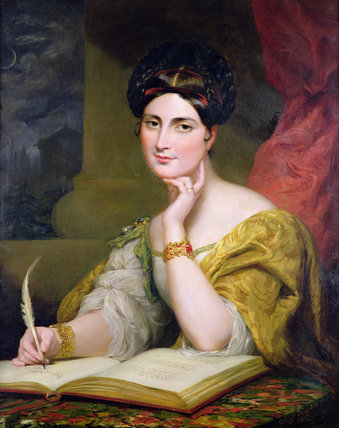 Caroline Elizabeth Sarah Norton ( Sheridan; 22 March 1808 – 15 June 1877) was an English social reformer and author active in the early and mid-nineteenth century. Norton left her husband in 1836, following which he sued her close friend Lord Melbourne, the then Whig Prime Minister, for criminal conversation (i.e. adultery). The jury threw out the claim, but she was unable to obtain a divorce and was denied access to her three sons. Norton's intense campaigning led to the passing of the Custody of Infants Act 1839, the Matrimonial Causes Act 1857 and the Married Women's Property Act 1870. Norton modelled for the fresco of ''Justice'' in the House of Lords by Daniel Maclise, who chose her because she was seen by many as a famous victim of injustice.
Provided by Wikipedia
Showing 1 - 16 of 85 for search: 'Norton, Caroline Sheridan, 1808-1877', query time: 0.42s
View: