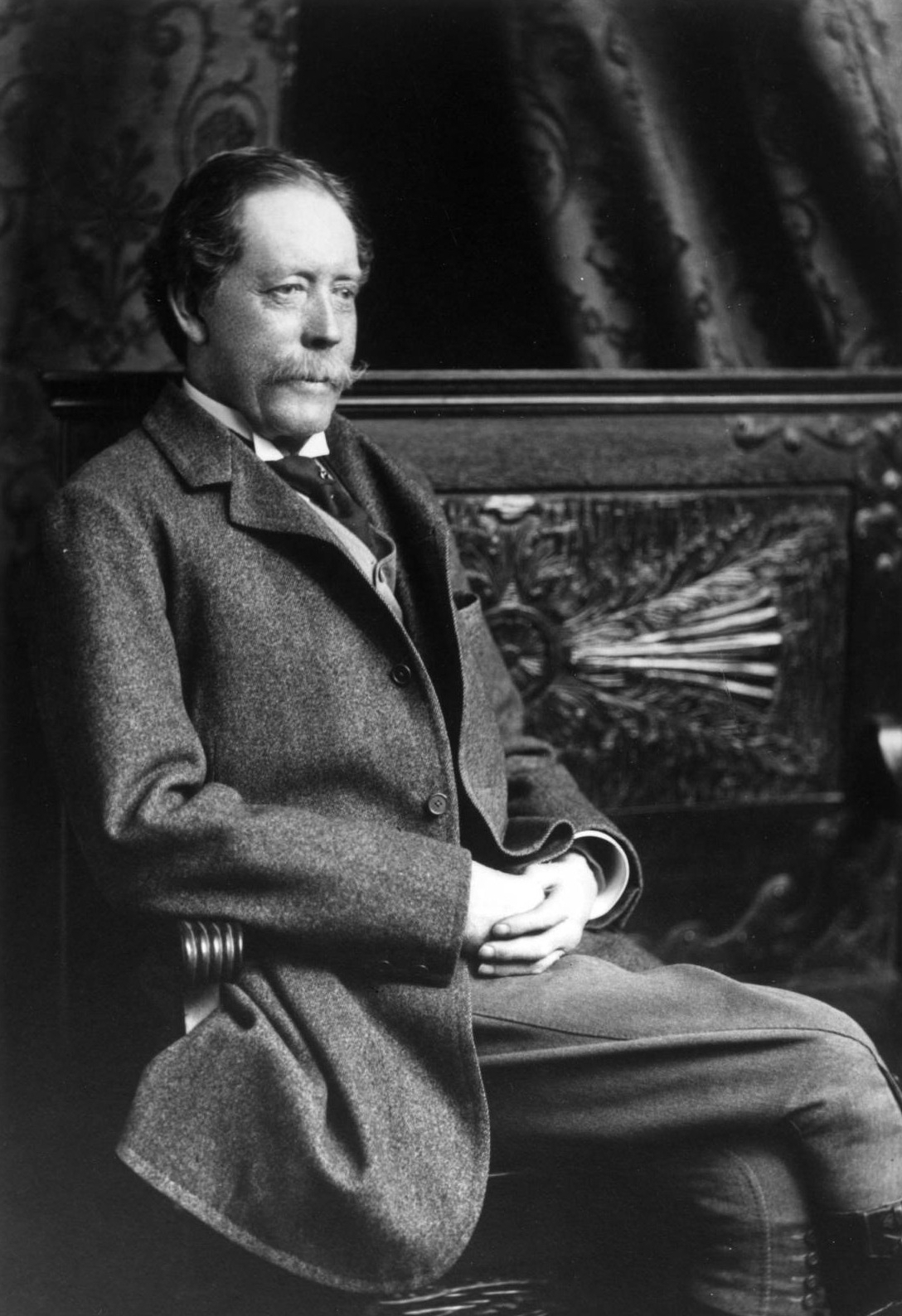 William Jackson Palmer (September 18, 1836 – March 13, 1909) was an American civil engineer, veteran of the Civil War, industrialist, and philanthropist. During the American Civil War, he was promoted to Brevet Brigadier General and received a Medal of Honor for his actions.

In his early career, Palmer helped develop the expanding railroads of the United States in Pennsylvania; this was interrupted by the American Civil War. He served in colorful fashion as a Union Army cavalry Colonel and was appointed to the brevet grade of Brigadier General. After the war, he contributed financially to educational efforts for the freed former slaves of the South.

Heading west in 1867, Palmer helped build the Kansas Pacific Railway. He befriended a young English doctor, Dr. William Abraham Bell, who became his partner in most of his business ventures. Generally Palmer took the role of president with Bell as vice president. The two men are best known as co-founders of the Denver and Rio Grande Railroad (Rio Grande). The Rio Grande and its successors eventually operated the largest network of narrow gauge railroad in the United States. They were ultimately absorbed by the 21st century Union Pacific Railroad.

Palmer and Bell are notable for helping introduce to the United States the practices of burning coal (rather than wood) for railroad engines and using narrow gauge railways. He helped develop rail-related industries in Colorado, such as a large steel mill near Pueblo. He founded the city of Colorado Springs, in 1871, as well as several other communities. Palmer founded Colorado Springs as a "dry" community, based on his Quaker and temperance beliefs. He funded institutions of higher education and helped found a hospital for tuberculosis, then incurable. Public schools in Colorado Springs were named for both him and his wife, Mary (née Mellen) Palmer, who was known by her nickname of "Queen". A statue of William J. Palmer still stands in downtown Colorado Springs, across from the school named in his honor.
Provided by Wikipedia
Showing 1 - 2 of 2 for search: 'Palmer, William Jackson, 1836-1909', query time: 0.15s
View: