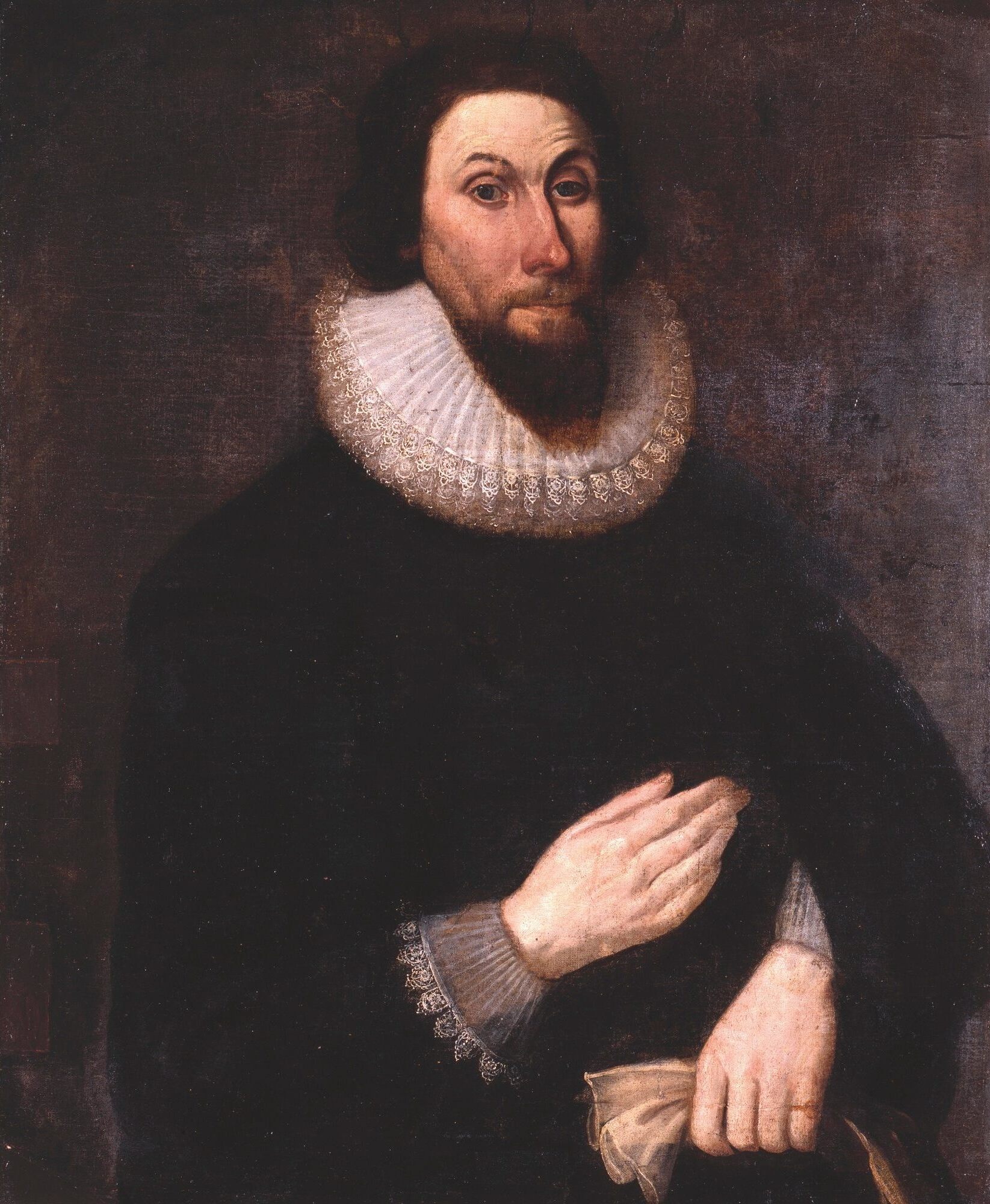 John Winthrop (January 12, 1587/88 – March 26, 1649) was an English Puritan lawyer and one of the leading figures in founding the Massachusetts Bay Colony, the second major settlement in New England following Plymouth Colony. Winthrop led the first large wave of colonizers from England in 1630 and served as governor for 12 of the colony's first 20 years. His writings and vision of the colony as a Puritan "city upon a hill" dominated New England colonial development, influencing the governments and religions of neighboring colonies.

Winthrop was born into a wealthy land-owning and merchant family. He trained in the law and became Lord of the Manor at Groton in Suffolk. He was not involved in founding the Massachusetts Bay Company in 1628, but he became involved in 1629 when anti-Puritan King Charles I began a crackdown on Nonconformist religious thought. In October 1629, he was elected governor of the Massachusetts Bay Colony, and he led a group of colonists to the New World in April 1630, founding a number of communities on the shores of Massachusetts Bay and the Charles River.

Between 1629 and his death in 1649, he served 18 annual terms as governor or lieutenant-governor and was a force of comparative moderation in the religiously conservative colony, clashing with the more conservative Thomas Dudley and the more liberal Roger Williams and Henry Vane. Winthrop was a respected political figure, and his attitude toward governance seems authoritarian to modern sensibilities. He resisted attempts to widen voting and other civil rights beyond a narrow class of religiously approved individuals, opposed attempts to codify a body of laws that the colonial magistrates would be bound by, and also opposed unconstrained democracy, calling it "the meanest and worst of all forms of government". The authoritarian and religiously conservative nature of Massachusetts rule was influential in the formation of neighboring colonies, which were formed in some instances by individuals and groups opposed to the rule of the Massachusetts elders.

Winthrop's son John was one of the founders of the Connecticut Colony, and Winthrop himself wrote one of the leading historical accounts of the early colonial period. His long list of descendants includes famous Americans, and his writings continue to influence politicians today.
Provided by Wikipedia
Showing 1 - 1 of 1 for search: 'Winthrop, John, 1606-1676', query time: 0.08s
View: